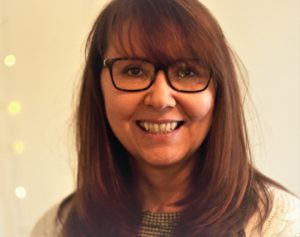 Joyce is one of two Team Coordinators at WVCADV. Joyce has worked with WVCADV since January, 1999. Her experience includes mental health services, home health and foster care social work, direct service advocacy in a shelter based non-profit and statewide systems advocacy with WVCADV. Joyce has provided training and meeting facilitation at numerous state and national conferences and events. Her favorite superhero is the ever ‘humble and loveable’ Underdog.

Tonia Thomas is one of two Team Coordinators of the West Virginia Coalition Against Domestic Violence.  In 2004, Tonia joined the West Virginia Coalition Against Domestic Violence team where she has focused on building a strong statewide domestic violence network. Tonia’s work includes raising public awareness about the prevalence and prevention of abuse and violence in intimate relationships, training professionals in their response to domestic violence, providing technical assistance to licensed domestic violence programs, and expanding leadership capacity within the statewide coalition.

Tonia received both her Bachelor and Master Degrees from Marshall University.  Tonia is a lifelong resident of West Virginia and currently lives in Eastern Kanawha County.

Fun fact: Tonia has not had her natural hair color since the age of 17. 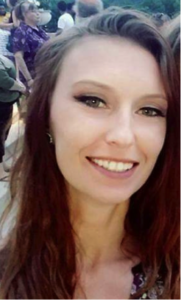 Brittany Humphreys is a project support coordinator at the coalition. She joined the staff in April of 2017. She has been a victim of domestic violence and brings that survivor voice into her work.  Brittany handles the VOCA Emergency Requests for clients of advocates throughout the state in need of urgent assistance. She is also involved with the statewide collaborative work being done such as Interagency and state planning. Brittany is more than thrilled to be a part of such a strong network of individuals who educate, represent and support survivors of Domestic Violence. Brittany is also a movie fanatic and in her downtime, enjoys relaxing at home with her family, popcorn and a good flick. 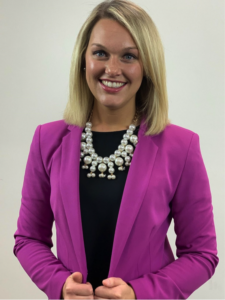 Cydney Smith, LSW, is the Protective Services Coordinator with the WV Coalition Against Domestic Violence. Cydney has 10 years of experience working with children as a former Child Protective Service Worker and a Domestic Violence Advocate. In 2017 Cydney joined the WVCADV where she has been involved in several statewide initiatives including the creation and implementation of the DV Specialist Program within nine counties across the state through a partnership with the Department of Health and Human Resources and Child Protective Services. Cydney coordinates, facilitates, and participants on several multidisciplinary teams statewide focused on the health and welfare of victims and children. Cydney regularly provides training to child/adult welfare workers in WV as well as other disciplines working to end violence. Cydney has a BSW and MSW from Concord University. When she isn’t hanging out with her family Cydney can be found in the gym or at the ballpark, Go Braves! 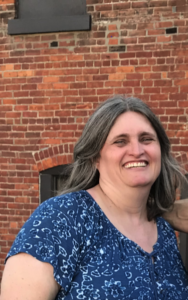 She received her MBA at West Virginia University, her BBA at Marshall University in accounting and is currently a licensed CPA. She began working at the WV Coalition Against Domestic Violence in 1997 when a part-time position was posted for the job. She continues to be excited about the work and enjoys the changes that come along with the different initiatives and work that the coalition does.

In her spare time Helen loves games and puzzles. She says she can spend hours putting together jigsaw puzzles and playing word games on the computer. 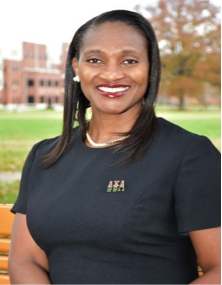 Kenyatta Coleman Grant continues to be a rising voice, community organizer and coordinator in the domestic violence movement since 2001.  She is an active participant in the social justice movement and is committed to advocating for social change and equality.  She is employed with the West Virginia Coalition Against Domestic Violence (WVCADV).  For five years, Ms. Grant was the Criminal Justice Specialist at the WVCADV where her role focused on statewide coordination of the Batterers Intervention Prevention Programs (BIPPs), collaborating with law enforcement agencies and coordinating statewide trainings.  She is currently the Community Organizing Coordinator.  As the Community Organizing Coordinator, she is responsible for educating and raising awareness of domestic violence in marginalized communities such as communities of color and the Lesbian, Gay, Bisexual, Transgender, Queer, Questioning and Intersex (LGBTQQI) community.  She coordinates and facilitates culturally specific trainings on anti-oppression, diversity, cultural competency and awareness to statewide domestic violence advocates, law enforcement and other non-profit agencies.

Ms. Grant also represents the WVCADV as a member of the statewide Civil Rights Task Force, Call to Action for Racial Equality Coalition, YWCA Racial Justice Committee and the West Virginia Women’s Commission.   She is passionate in advocating for justice and equality through community organizing and promoting cultural accountability and awareness.

Ms. Grant received her Bachelor of Arts degree in Political Science from Marshall University with a minor in Criminal Justice.  She also received her Masters of Science degree in Criminal Justice from Marshall Graduate College with a minor in Sociology.  She resides in Charleston, West Virginia with her partner, Derrick Grant and three children, Savannah, Victor and Kenleigh. 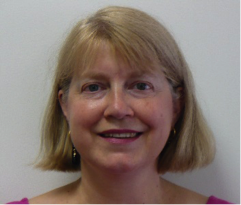 Her work involves collaborations with a variety of public health programs, and clinical and non-clinical healthcare agencies. She is on the WV DHHR Domestic Violence Fatality Review Team, The WVU Centers for Excellence in Disabilities Traumatic Brain Injury Advisory Board, the WV ACES Coalition, the Futures Without Violence Health Workgroup, the WV AWARE Project Team, the WV DHHR Home Visitation Programs workgroup, and other committees and initiatives that focus on the health and behavioral health issues of domestic violence for both adults and children. Laurie trains extensively both locally and nationally, with a focus on strategies that utilize trauma-sensitive approaches to addressing domestic violence.

Megumi Swann- Layman graduated with her BAS in Marketing and Management from West Virginia University at Parkersburg in 2012.  As a survivor of domestic violence, she learned the tiring obstacles that victims face and how this could discourage others from breaking the cycle. After publicly breaking the silence on her experience with domestic violence, she was empowered to continue to share her story and advocate.  This journey has led her to join the movement with West Virginia Coalition against Domestic Violence. Outside of work, Megumi enjoys spending time with her family and thrifting, couponing, and exploring the outdoors. 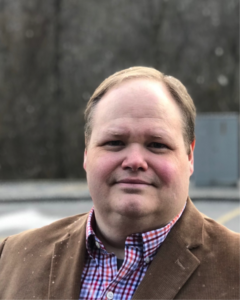 Samuel “Raymie” White is the Legal Services Coordinator at the West Virginia Coalition Against Domestic Violence, where he provides direct legal services to victims of domestic violence and domestic violence advocates. Prior to joining the Coalition, Mr. White worked as Prosecutor, Assistant Prosecutor, and Assistant Public Defender in Nicholas County, WV. While there, he was recognized both for his work on domestic violence teams and his work prosecuting child abuse cases. Mr. White holds a Juris Doctor from the West Virginia University College of Law. 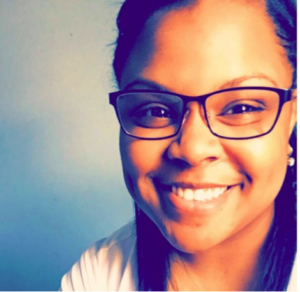 Stefani Keys is a native of Lewisburg, WV, and has been actively involved in the movement to end violence and homelessness. She began her journey working at Family Refuge Center, a non-profit organization dedicated to ending domestic and sexual violence in her community, as a weekend shelter specialist. Throughout her four years there she also held the roles of Shelter Director and interim Executive Director where she worked closely with the West Virginia Coalition to end Homelessness and the West Virginia Coalition Against Domestic Violence.  She graduated from West Virginia State University in 2019 with her Bachelor’s Degree in Criminal Justice.

Stefani started working for the West Virginia Coalition Against Domestic Violence in December of 2019 as the Human Trafficking and Housing Coordinator where she is responsible for coordination of the statewide, interagency WV Human Trafficking Task Force and developing a comprehensive and coordinated program for enhancing the delivery of services through licensed domestic violence programs to victims of human trafficking. She also works collaboratively with organizations and agencies addressing homeless and housing services to build capacity for housing advocacy with survivors.

Each staff member can be emailed by clicking on their name or photo above.

You can send mail to us at: